Despite improving fundamentals and capital structure as noted in my posts here and here respectively, the market appears to be paying no heed to DOL's significant improvement in financial performance for the coming quarters. After rising significantly since the result was announced on 23-09-13, the stock has witnessed serious beating especially during the recent market turn  down.

So why did this happen? Maybe investors were just too cautious around that time and decided to get rid of their more volatile holdings.

Going through checkered financial performance in the past, DOL has been just that, having been regularly depressed as well as volatile since most of its lifetime as given below. The fact that it has never come above even its par value speaks volumes about the risk investors perceive it with. 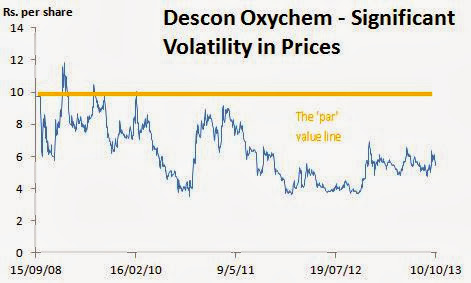 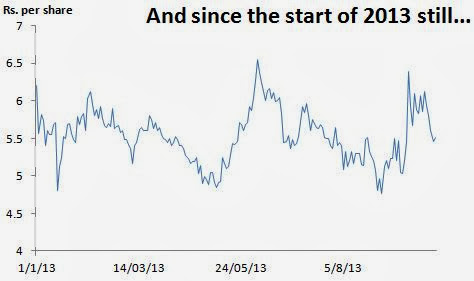 So what awaits us in the future? In line with the previously referenced articles, as well as this one. Significant opportunity has arisen in the last few days:. 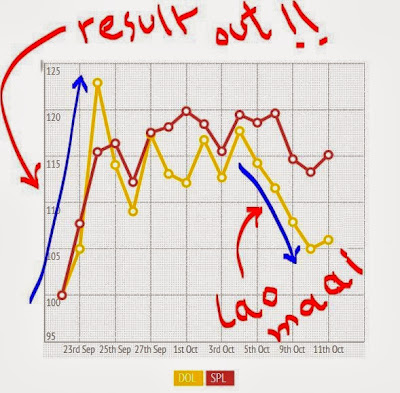 Forgive the quirkiness.
Posted by Unknown at 17:52