What is Driving Ecopack 2.0

Half an year ago, I wrote a post about Ecopack. I wrote about how the stock was taking advantage of the changing fortunes of the beverage industry in pakistan, with the increasing consumption of beverages, shift towards PET bottles, and ecopacks increasing sales and margins as a result. I also wrote about how this was translating into increasing EPS y/y. Half an year and two quarters later, it appears the trend is continuing.

What made me write this port is an article where coca-cola talks about setting 3 more plants in Pakistan. This goes on to show that beverage demand in the country is increasing still.

Now coming back to the financials. The following graphs add the last two quarters whose results have been announced since I wrote my last post. The two quarters colors' have been changed to make them distinguishable: 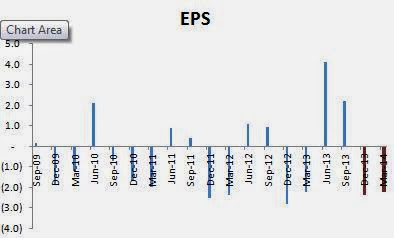 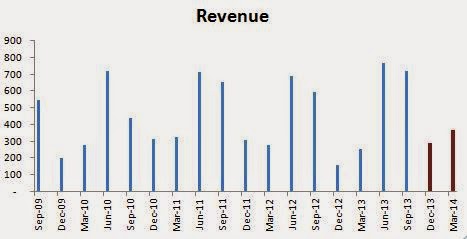 The above two graphs clearly depict an improvement in sales and EPS for the last two quarters on an year/year basis. However most notable is the improvement in Gross Profit Margin as given below. The move towards a higher value added product has clearly bode well for the company. 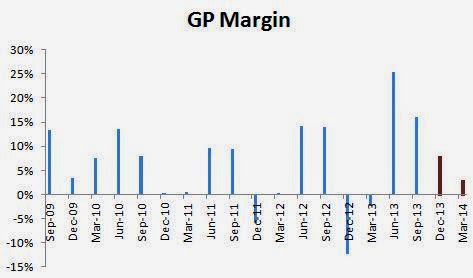 The last quarter of the year is always the defining one as far as earnings go. This is evident from all three charts and for the last 4 years which shows that the June quarter is best in terms of earnings, sales and GP margin. So we can assume the same for June-14, whose result is around the corner. From these graphs we see a clear trend. The June result just keeps on getting better. At least from the EPS perspective.

The GP Margin is a great determiner of earnings as well and we see that it has been positive in the last two quarters despite being quite negative in the same period last year as well as last-to-last year. So good gross profit margins coupled with good revenue could indeed result in a record-breaking FY14 for Ecopack!